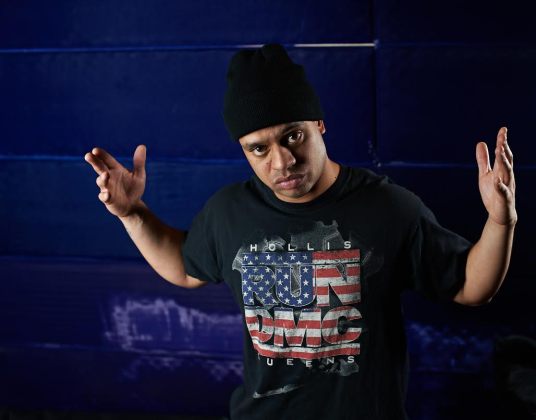 It is an honor and a privilege to present to you the Hip Hop Dependency Artist Of The Year for 2013: Nutso (Twitter, Facebook, Website, YouTube).   I have been a huge fan of Nutso for a long time but this was a banner year for him. He really went above and beyond what the rest of the pack is doing.  There are A LOT of talented artists, but very few have the work ethic and the drive that Nutso does.  In 2013, he released dope project after dope project and he has no intentions of stopping that pace in 2014.

It’s one thing to be dope.  It’s entirely another thing to be relentless.  Nutso is both.   He is constantly creating with a slew of different producers and finding new avenues to push the envelope of his music.  All the while he builds on the foundation that is New York Boom-Bap.

So without further ado, I bring you words from the man himself, as he graciously agreed to answer a few questions from HHD.  Be sure to check his older projects along with his current ones, and prepare for the future!:

HHD: For folks that don’t know you, talk about your evolution as a hip hop artist. Â How did you get your start as an emcee? Â I know that you went through a few name changes, how did you wind up with the moniker Nutso?

Nutso: It all came from rhyming in the PJs and rolling in my hood being called Peanut, then when we started freestyling it went to Nut-Rageous. I did so many rap battles in the 90s, won some/lost some but that brang me to meet my current team (Ron Mills & Cuban) and we got in the lab and started forming what we have today which is Poor Pocket Muzik. We changed the name later and have rocked with it ever since. So when yall see NutsoPPM (it stands for Nutso – Poor Pocket Muzik)…

HHD: Queens, NY has an incredibly rich history when it comes to being the birthplace to some of the dopest hip hop artists to ever do it. Â Who in your borough did you grow up listening to? Where do you see your place in Queensbridge hip hop history? Â Do you feel a part of that legacy?

Nutso: Just to clear things on this, I’m from Flushing Queens, not Queensbridge.  I know mostly everyone in QB as I have done tons of songs with artists from there as we all hung out in our respective neighborhoods. I would just love to be remembered as a great lyricist. I wave the Queens flag high and I’m proud to be from a town with so much talent. If you mention Queens Hip-Hop, I hope my name is mentioned as part of the artists that put it down for my town.

HHD: A lot of artists have talent, but along with that talent, we named you Artist Of The Year for your obvious work ethic. You released three EPs and one mixtape for 2013 (maybe more) thus far. There are very few that can keep pace. How much time do you think you spend in the studio on a weekly basis? Why do you keep such a torrid pace in dropping music?

Nutso: Ha.. TeamNutsoPPM are on a mission. Quality over Quantity is what they say…In our case, we deliver our main projects as best as we can present them each time. 2013 was a great year from my personal projects and so many features that I have done. To be honest, 2014 is already laid out. I’m in the studio as much as I possibly can rocking with legends, and MCs that I feel are amazing and have respect for.  I can’t do every song, but best believe I will try. Shout to all the artists that have allowed me to rock with them, salute the #HomeTeam I will continue to drop music as much as I can until the blogs, djs, tastemakers mention me with the best. I’m working.

HHD: So you worked with 5th Seal, DJ Low Cut, and Bunty Beats on different EPs this year. You also have another one coming up produced entirely by Swiss producer Dee Metto. How does the one producer per project benefit you as a artist? Do you have a favorite project from 2013?

Nutso: I love the 1 producer projects because it’s a means to sit and design something special. It’s always great to put a project with a collective of amazing producers and I can do that too but I feel it’s dope to sit and build with a producer on an idea/concept and define all the music to fit. I have several EPs coming that are in the same lane with producers Divided Souls, SPKilla, Domingo, and some more not in stone but those are definitely for 2014 along with Dee Metto project which will start the year off…I bring everyone to rock the mic with me on that one #HomeTeam BANG!

HHD: You have a song on the EP, Plead The 5th entitled PAIN. That track and the video you did for that is heavy hitting material.  In particular the scene of the child with the abusive father is tough to take. Why did you decide to tackle those topics in a rhyme?

Nutso: A message is always important in making music. Don’t just rhyme to get no message across. Some songs are cool for that, but make songs that can stand for something and PAIN was that song that we needed to get a strong message out for women and children. The video was hard to watch but in order for people to understand that this is real, kids missing is real, child molesters are real, kidnapping & rape is real, we needed to make it graphic to get our point across. I hope we provided a great visual and we received a lot of love for it…and my only intention was to bring awareness, hope I did.

HHD: Alot of artists seem only to do projects with people in their locale, but most recently you dropped a mixtape, Western Union, where you feature only artists from the Left Coast. How did that project come into being? Why do you think something like this hasn’t been done before?

Nutso: Western Union is my way of saying that we are unified in the state of Hip-Hop. It’s not where we are from, the music brings great artists together from wherever. I used to listen to DJ Quik and MC Eiht religiously coming up, and Three 6 Mafia when everyone was like who’s that? Why aren’t you listening to Wu-Tang & Nas (which I was but I always loved all kinds of styles) that’s why while everyone is on this NY thing (which is cool) but I fucks with a lot of people on the West and I respect their music and sound, so we decided to work on a project that brings this Queens MC to rock alongside some of the best of the West. We put it down and got producers from there too. On a daily you see me rocking with NY cats, but I’m working with everyone and not putting myself in a box. I’m a musician (I don’t care if the #1 MC is from Australia, let’s rock a song)… I wonder if anyone wouldn’t be given the chance to do a song with Kendrick that they wouldn’t jump at the opportunity…I hope everyone enjoys the project for the content of music not because the MCs are from Cali & the Bay. It’s just dope music I wanted to present.

HHD: What’s the biggest sacrifice that you have had to make in life while following your career path as an emcee?

Nutso: Day job I think is a crazy sacrifice. Hip-Hop happens at all sorts of times (day and night) and you can miss opportunities because you have to be at work to pay bills, maintain family, kids, etc. I think a job is tough and of course so much time you put into it, your significant other might not understand the time you have to put in and of course that is an issue as well, but we make it happen. There can’t be no success without sacrifice.

HHD: What’s the most satisfying moment that you have had in the music industry thus far?

Nutso: This might be one of them…but seeing my Moma’s face when my videos are on and her seeing pictures of me on stages overseas and in the states always brings a smile to my face. I was a wild one growing up (still am) but to change my ways and do something that I have always wanted is something that brings happiness to my folks. So that is alright with me.

HHD: What is it at the end of the day that drives Nutso to make hip hop music?  How are you going to define success as a hip hop artist?

Nutso: I think to mark success you have to have been able to change people’s emotions with a song and help a listener thru a period that when they listen to one of your songs it changes their outlook on things and decisions. A Grammy is amazing but when you meet someone that says it was a Nutso song that really helped me thru a hard time and the words were mad real… is SUCCESS.  That is what I can truly say drives me to make music. I’m wild at times on records, but read between the lines…

HHD: You have already completed a grip of projects for 2013, but I also know that you always have more on tap. Can you let the listeners in on some things that they might be able to expect in 2014?

Nutso: 2014 is going to be so dope as some of the projects are already in final stages like:

Nutso + SPKilla – Untitled as yet

Nutso + Domingo – Untitled as yet

I really want to get in the lab with Brown Bag All-Stars & Statik Selektah to do projects with them so stay tuned for that. Also looking to do projects with a few other producers but keep an eye out for me because I am working real hard on providing you with that boom bap. Thank you for this genuine award to be the HHD Artist Of The Year for 2013.

I am honored and humbled. Continued success. I as well as my team appreciate this honor.