Kaimbr is back with a new project backed with production from Howard B Knoxz. And let me tell you, this album straight bangs on a different level than what you are used to. The sound is boom bap infused with funk and precise samples and cutz. And when you fuse that with Kaimbr’s lyrical talents, you have a sound that might be unrivaled. Every song from this project is a gem. There is dopeness in consistency.

Kaimbr dropped The Alexander Green Project nine years ago, and that is one of my favorite albums…ever. And this one just might surpass that effort. After a couple of spins I hear no flaws and only excellent execution!

The new album, Blunt Force Trauma, is out now and you shall not regret it purchase!

It’s been a minute since I have hard some new from Kaimbr, and whenever I do hear something, it’s always impressive. He actually crafted one of my favorite releases of all time, The Alexander Green Project. When he and Kev Brown get together, magic just seems to happen. This soulful joint is lifted off the forthcoming project, Share The Shelter. 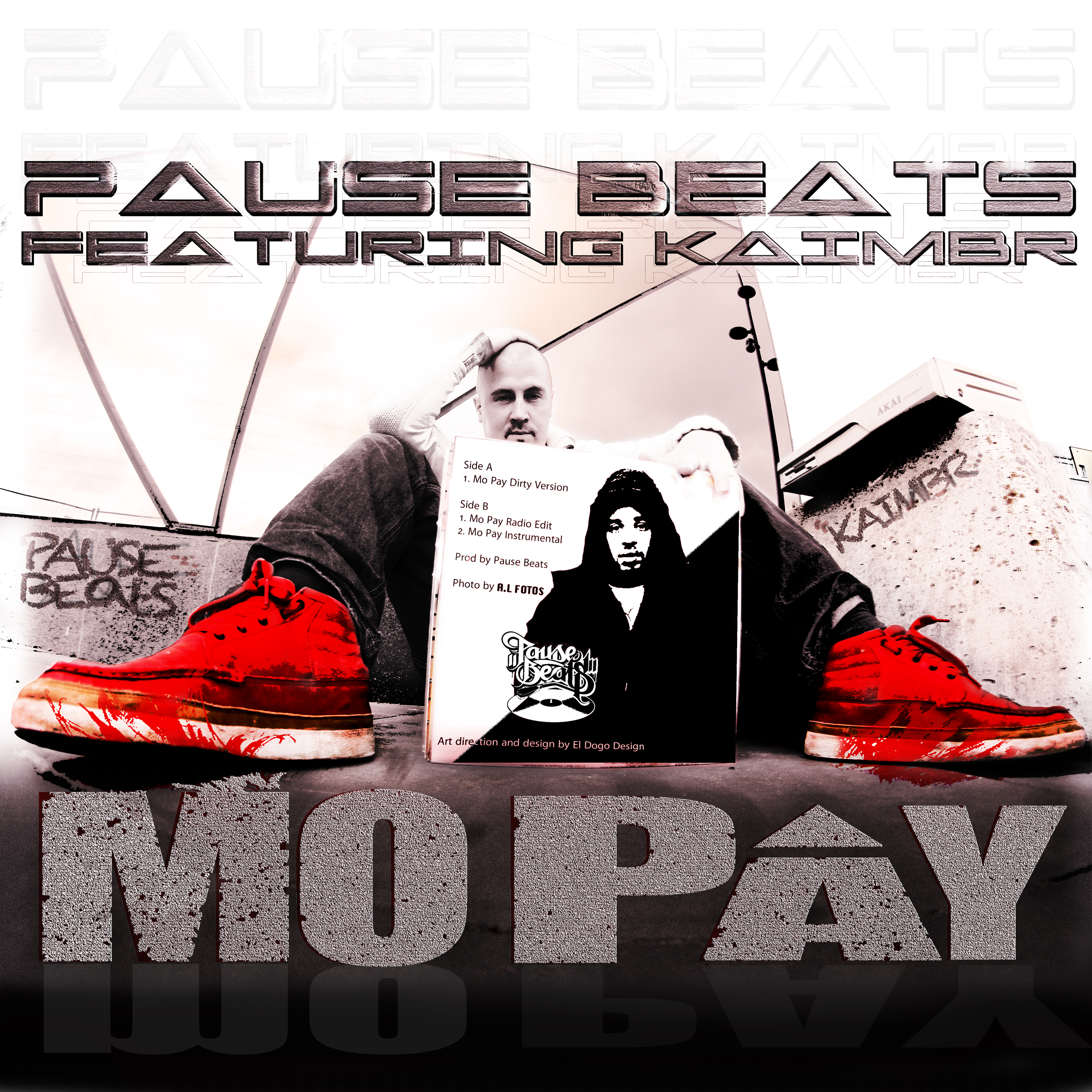 Producer, Pause Beats partners with Kaimbr (aka Al Green) for this single off of his yet to be titled album dropping later this year.  He may not have a title or a release date, but he does have a dope lead off track on his hands.  And people are not to forget how ill Kaimbr is on the mic.

If I see Kaimbr on your record, rest assured I am going to check it.   It’s on that “don’t test” and “you don’t want none” type steez that when done properly, can really shine.  This joint shines.

It’s never easy.  I like to think that I know music and have an open mind to all different sounds but you always run the risk of leaving out a dope release.  I have, in my collection,  combed over 250 albums (purchasable or free) for 2011 and this is my grand list.  There was a lot of great music out there, and I am sure some of you will find holes in my picks.  I judged each album based upon it’s content, production, ingenuity, and flow of the tracks.  Love it or hate it, here it is: 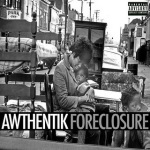 Awthentik – Foreclosure –  This release just cracked my Top 10, but it’s definitely deserving of that status.  It is the only free release on this list and certainly worth the  listen. Awthentik is a no frills emcee who aims to deliver his thoughts and ideas direct and to the point regarding his life and surroundings.   It is just raw hip hop coming out of the DMV. 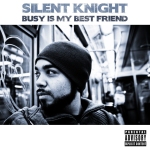 Silent Knight – Busy Is My Best Friend – This album seemingly took forever to hit the streets but when it did, we could all say that it was worth the wait.   There are lots of good tracks with varying levels of dope production.  This is a diverse project when it comes to content and the sound that it’s covering.  Silent Knight shows you throughout the album why he is a master of his craft. 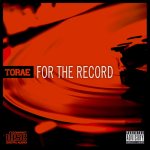 Torae – For The Record – I didn’t have time to review this album but it really is on point.  Torae enlisted a ‘who’s who’ of production talents to go along with his strong flow and lyricism.  You’ve got Torae rhyming over beats of the likes of DJ Premier and Pete Rock and that is just a win-win every time.   I think Torae is highly unappreciated but this release makes him pretty hard to ignore. 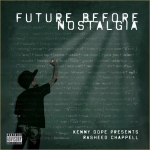 Rasheed Chappell – Future Before Nostalgia –  I will file this one under ‘I am so sorry I slept’.  Chappell is a beast on this album.  The knowledge he drops and his observations on life make this album remarkable. It took me forever to listen to this album and after I was done listening the first time, it never left rotation. This is intelligent music made for the head-nodding thinking man.

Cold Heat – Raising The Bar – Cold Heat represent everything good about hip hop and they go about their craft in the right way. They have stayed true to their identities and drop an album full of bangers that flows exceptionally well from one track to the next.  If you want a sampling, you have to check out Danielz’ flow on the track, Flashing.  Even the most hardened of hip hop heads have to appreciate that.    Cold Heat really has meant consistency when it comes to making good music over the last couple of years. 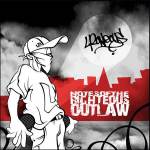 L*Roneous – Notes Of The Righteous Outlaw – LR came back this year and dropped this outstanding album.  It is so dope that it cracked the Top 5 albums of the year much do in part to his trademark lyricism and flow. His style is indescribable and you won’t hear another one like it.  This is the album you can listen to over and over again without it getting old.  Timeless…

The Regiment – The Panic Button – The Detroit based tag team did not have a single track in the Top 50 tracks from 2011.  But their complete effort definitely did not go unnoticed.  They were able to put together one of the most complete projects of 2011.  Their talents just flow from track to track so effortlessly.  Hipnott Records (Kevin Nottingham’s label) has put out a few dope records over the last couple of years, but none has been better than The Regiment’s album, The Panic Button.  This is true school hip hop with a lyrically advanced flair. 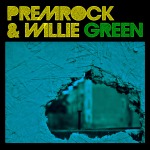 Premrock and Willie Green – Self-Titled – Even though these artists declared their aim was not to make a blog’s Top Ten, I couldn’t help it.  The album is really too good to exclude. The duo really expound upon hip hop on their self-titled debut.  It’s a little old school, a little funky, a little soulful and very lyrical, They show great chemistry and divergence from the norm.  Willie Green shows incredible versatility making beats.  This album is progressive and pushed hip hop in  a very positive direction for 2011. 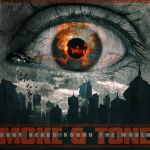 Moke and Tone – The Shot Heard Around The World – This album is one of the more well rounded projects to drop in 2011.  The sad part about it, is that it will probably be the most overlooked project on the list.  Conceptually, they really created some special music.  The lyricism on the project is second to none. The production knocks. It meets every criteria for one of the best albums this expiring year. Moke and Tone play off one another exceptionally well. I love this album. 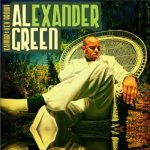 Kaimbr and Kev Brown – The Alexander Green Project – “The Budget is Low but the stakes stay high!”  This is my pick for best album of the year for multiple reasons.    Kev Brown used Al Green’s music seamlessly to create his own sound and Kaimbr gave a dominating  on the mic throughout the album.  It was impossible to ignore what the two did in terms of making cohesive and extremely dope music . From start to finish this album is consistently dope.  They took care to make sure the entire project was as close to perfect as it could be and it shows.   The project’s review on our site was also the most viewed post on the site this year. If you were to ask me, I consider this to be a  classic. 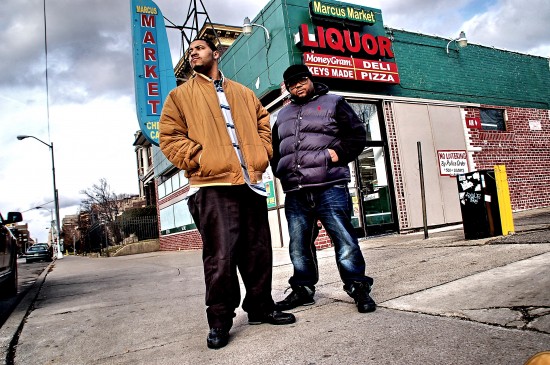 The Regiment are on fire right now.  They have already released a mixtape entitled Back To Lyrics which had a bunch of gems on it.  And they come back with this track that features Kaimbr who is currently receiving accolades for his own album, The Alexander Green Project.  They are now signed to HIPNOTT records, Kevin Nottingham’s label with an album slated to drop later this year.  They released an album in 2009 that I copped and listened to once that I think I should revisit as well entitled, A New Beginning. Makin’ moves…  Download the single below. 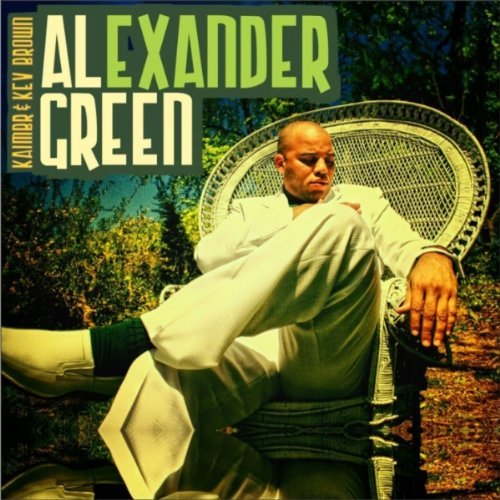 I am not up on Kaimbr.  I saw him on the Rawkus 50 a few years ago but none of his music ever made it into my Ipod.  Not because I didn’t like him as an artist, but I just have to claim ignorance on this one. Well, for my ears, the wait is finally over.   The Alexander Green Project features the aforementioned Kaimbr flowing over Kev Brown production.  That same production is based upon Al Green’s music.   The project is very harmonious and proves to be a great listen by any standard of the imagination.