These are the first visuals off of Apollo The Great’s Hennessy Diaries.  Hennessy Diaries was the Album Of The Year hear on HHD and I think it’s quality is easy to see using this song as an example.  Just really great execution….

#1 – (Apollo The Great – Hennessy Diaries) –  I know what you are saying right now…”What is he thinking?”   But you probably haven’t even heard this album.  I have listened to it at least 10 times in preparation for this list and I have come to the same conclusion every single time.  It is the best.  Now I haven’t even had the time to review the album in it’s entirety but I hope this accolade prompts you to listen to it.  This is going to sound like large praise indeed, but listening to this was similar to listening to Illmatic.  Now before you get your panties in a bunch…I said like.

This is a great album.  The beats are incredible and Apollo the Great is a superb lyricist.  There is not one skippable track on the entire project.  It is great from the alpha to the omega.  Above The Sky, Liquor Talk, and Bad Ones are all some of my personal favorites off of this joint.  Each joint is well done but the flow of this album is on point as well,   It’s an extremely fluid release

#2 – (Oddisee – People Hear What They See) – This album dropped in June and for no apparent reason I listened to it and moved on.  But upon revisiting this project, I too can see it’s brilliance.  Many people know Oddisee as the producer but people are getting more and more exposure to his lyricism.  He’s very introspective and delivers powerful performance after powerful performance.

#3 (PremRock – Mark’s Wild Years) – Man, for two years running Premrock has cracked this list.  I guess that should come as not surprise as he is probably the most innovative artist on this list.   I mean combining Tom Waits and Hip Hop is no easy feat in my mind but he brought so much life and vibrancy to hip hop with this release.  I hope people will give this album a chance in their rotation.  I think you will enjoy.  Premrock gives the term ‘artist’ all the more credibility in hip hop culture.

#4 (Ruste Juxx x The Arcitype –  VIC) –  I had never heard of The Arcitype prior to this release and for shame on me.  This gentleman gave Ruste Juxx the perfect auditory canvas for his verbals.   VIC not only knocks to a higher rhythm, but Ruste Juxx showed incredible versatility making this joint shine bright for 2012.

#5 (Swerve – The Barrelhouse)  Here’s another one you all might be shaking your heads at, but I will not back down from this choice.  The Barrelhouse is silky smooth and Swerve just has “it”.  His lyricism, flow, and the ability to morph a turn of phrase really separates him from the pack to me.  I am determined to get this man’s name more shine in 2013 because his 2012 was criminally slept upon.   The highest caliber of emcee.

#6 (Apollo Brown x OC – Trophies) – I know the majority will have this higher on their lists.  It’s a great album.  Everything Apollo Brown is touching these days appears to be golden.  But truthfully, when was the last time you heard OC come off like this? He sounds tight on the mic device.  This album is loaded with dope tracks and a must have in your stash.

#7 (MaLLy x The Sundance Kid – The Last Great) –  This is a great emcee and producer combo!  I felt like this project took forever to come out.  I was asking and anticipating and it finally arrived.  When it did, it did not disappoint in the least.  MaLLy doesn’t just rock mics…he commands them!  He just has incredible presence.  The Sundance Kid also is gifted behind the boards creating interesting blends of boom-bap and synth.  Check this!

#8 (Locksmith – Labyrinth) –  Some of you forgot about this one, didn’t you?  Locksmith is tenacious with his spit game and filled with angst.  This is another album that is loaded with great tracks. My two favorites are Illuminati and Little Bunny Rabbit. 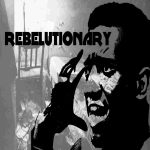 #9 (Reks x Numonics – Rebelutionary) – This is an artistic union that any fan or blog should be able to get behind.  Reks (in my mind) already has one classic album under his belt with, Grey Hairs.  Numonics has been cranking out some of the dopest production in the last couple of years.  The two sound really great together.   This album knocks hard and has edgy lyricism for the masses.

#10 (LRoneous – Lgorithms) – LRoneous has been the epitome of consistency.  Last years’ Notes Of The Righteous Outlaw really caught my attention and Lgorithms just holds that captive audience and builds upon it.  He is one of the finest wordsmiths doing it right now and deserved to be recognized as much.  Lots of great cuts on this but perhaps none greater than his dedication to Mike Dream.

Apollo The Great released Hennessy Diaries yesterday and after listening to the project through and through I was very impressed.  And while this track is not my favorite off of the project, it is still very good and worth sharing. 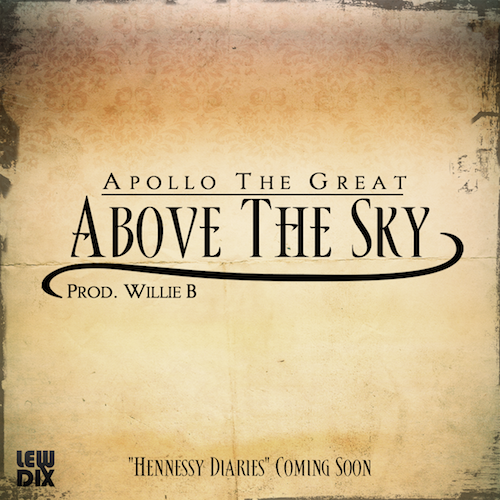 Apollo The Great released this Willie B produced joint as a precursor to his forthcoming, Hennessy Diaries project which is slated to drop later this month.   This song combines that favored hip hop appeal with your local pianist, because the keys that Willie B provides certainly moves the crowd!  Both emcee and producer inject much needed flavor into the game.  Enjoy…