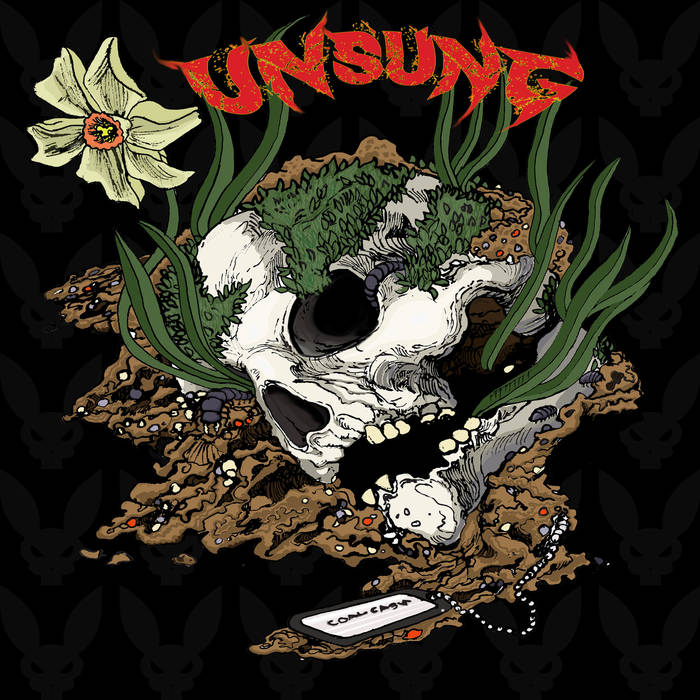 2.Cure and Maintenance (Priests of Baal)

7.Whatever Dreams May Come (Birkeland Current) Feat. Tabs One (Taboo)

These days I only speak on albums, that in turn speak to me, which necessitates bringing up Coal Cash’s latest album, Unsung. It has been out since August and I just couldn’t let it go any further. This album is too good to not feature and highlight the talent that lies therein.

You know from the absolute jump when you hear the track Narcolepsy that this album offers something dope and different. Father Focus Confuscious (who produces the whole album) works the drums to perfection. Coal Cash unravels a little whirlwind of dopeness that is both intelligent and vicious. There is such complexity in the lyricism with intricate internal rhymes, but the flow is so concise and crisp. The basic gist of the song is that people are sleeping on Cash’s skills as though Cosby was dropping them with rufilin.

Skinner Box is a song that focuses on the act of forgiveness which is particularly relevant in today’s climate. Coal Cash goes in on a myriad of political and socio-political issues that effect us all but the crux of the song and the message can be heard in the chorus:

Learn to love the ones that you hate so you can find forigveness on the day we escape / Never hold a grudge, cuz it’s only a wait / Time to rise above, it’s a matter of fate / Cuz a blind man sees everyone’s the same color / To my sisters and brothers it’s time to love one another / Rise above all the clouds of doubt / Easy to take a life, hard to live on out

Whatever Dreams May Come features bars from one the illest rhymers doing it currently, Taboo. When these two connect, listener’s brains may implode from the level of lyricism contained therein. The two provide this high level content over Confucious’ somber guitars strings and cascading rhythms There are way too many quotables on this track to hit them all, but let me throw out some bars from one of Taboo’s verses so you get an understanding.

Ignorance isn’t bliss, it never is, it never was / Things don’t change only the range of our perception does / I’m standing in the ring with these heavy reddish gloves / Nursing my hurt pride, this ain’t the first time I’ve bled for love / Trying to keep my ahead above this endless flood / But I can’t, I ask for a life raft, but that time passed / You climb from the mine shaft of my past / You’ll find the right path flooded with the wrath from God’s wine glass

This album is laden with dopeness with few features and relies on the strength of the basics: ill production and exceptional lyricism. Unsung utilizes a simplistic formula to formulate a grand result. It would be a grave misfortune to any fan of the art not to pick this up. This is saying a lot, but this is one of the best produced albums of the year. Father Focus Confuscious really pieced together a consistent yet engaging sounds. Coal Cash then delivered and equally intoxicating mixture wordplay and flow. These things alone make this album a must have for 2017.