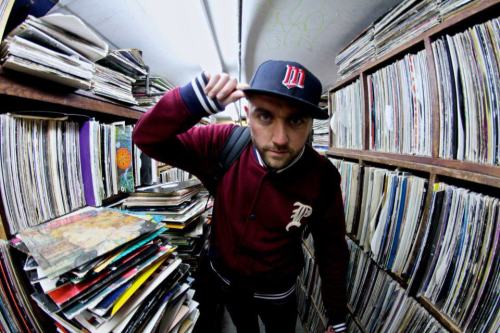 Today HHD is bringing you it’s initial offering of it’s Producer’s Spotlight.  The idea is a product of how unheralded and under appreciated the producer has become in today’s hip hop world.  Artists crank out albums so quickly these days that it’s hard to sink your teeth into an individual project and give credit where it’s due.

I chose DJ Low Cut (Twitter, Facebook) as my first entry because he has been prolific over the course of the last year or two.  He has so much dope material out there that his name deserves that recognition and his product deserves to be listened to and appreciated.  He also just recently dropped and EP with one of my favorite emcees, Nutso, called In The Cut.

This is not done in interview format but rather I am asking producers to provide a bio and some of their favorite cuts of which they handled the beats.

Dj Low Cut discovered Hip-Hop in the early 90’s, it is a revelation, intrigued by the Dj’ing, he decided that his place is behind the decks.Influenced by the New York sound, this native of Paris’s suburbs turns to beat-making around 2000 and made ​​his debut with French groups as OLG and K.O..

He drops then mixtapes series dedicated to his musical roots: the US Hip-Hop (“Prison” in 2007 and “Rugged Soundz” Part.1, 2 and 3 in 2008 and 2009 and 2011 and the series of four mixtapes in association with LeBanlieuzart.com site). It is in these mixtapes series you can listen to the first productions of Dj Low Cut with US MC’s as Smiley The Ghetto Child (“718 G Code” and “Down”) and Dirt Platoon feat. Nutso “Double Shot.”

He’s also seen on the Paris scene during his residences at the Tape Bar and the Downtown Café but also during warm-ups of Heltah Skeltah, EPMD, Army Of The Pharaohs, Sean Price, or Lord Lhus vs Al’Tarba.

After two months spent in the mecca of Hip-Hop, New York, during the 2011’s summer, he recorded more than twenty titles there, and drops, at his return, his first album “NY Minute” on his label Rugged Records in 2012, which features artists such as Guilty Simpson, Ruste Juxx, Blaq Poet, Reef The Lost Cauze, Dirt Platoon, King Magnetic, Jojo Pellegrino. This album will be remixed the year after by best French beat-makers (Astronaut, Al’Tarba, Kyo Itachi, Dj Brans …) “France’s Finest NY Minute Remix”.

His latest project “In the Cut” is an EP created in collaboration with the rapper from Queens, Nutso which also features Rasheed Chappell, AG da Corner, Timeless Truth, spring rolls, C-Rayz Walz …