Ullnevano teams up with MANHE for a project named after one of the best names in collegiate sports, God Shammgod, a Point Guard from Providence with the ill handles.   And that’s what this project represents, the ability to control your craft like a ball on a string.

My favorite joint from the project is fight klub pool table, which incidentally is another GREAT name for a track.  MANHE laces a laid back but dusty vinyl vibe accompanied by a cascading harp,  for Ullnevano to proliferate his lyrical skill with.  And you really need to listen hard, because he’s got a lot of built in ill wordplay that you might miss if you’re not paying attention.

Ullnevano is one of those emcees whom I believe does not get the credit he is due. A few years ago he dropped a project with Logic Marselis that just oozed with dopeness, entitled The Protocol. Now he is back with a new project accompanied by the production of Illen Rosewell that again rises to the talent level of our emcee. Rosewell does a sensational job utilizing samples and dropping some soul into the music. I strongly suggest you check the project! For now…check the last cut from the EP, 12’s over the wire.

The talented Ullnevano drops another smooth single that corresponds well to those of us not incredibly embittered by Valentine’s Day festivities.  It’s chill and enjoyable, so sit back and let the vibe take you.

Disclaimer:  It is hard and challenging to pick 50 tracks from the thousands upon thousands that dropped this year.  It is merely an attempt to list my favorite cuts of 2012.  Click the links to listen to the song!  I think it’s a great list.  There were a lot of great songs crafted this year and I know I left off some good ones.  I listened to 5,000+ tracks from 2012 alone this year, so as an artist, if you made this list you know you are on the forefront of my iTunes!

END_OF_DOCUMENT_TOKEN_TO_BE_REPLACED

This is the best ullnevano track I have heard to date.   This is something I could easily leave on repeat and not grow tired of.  It seems like Logic Marselis is on some ‘I-Am-Going-To-Make-The-Beat-Of-The-Year‘ type shit.   Wow,  The production really is some of the best work I have heard in 2013.   Sometimes I take for granted the music made by some of the more established HHD artists and this is a lesson learned.  Just as soon as you think they hit the pinnacle, they drop some next level music for your ears!

Ullnevano is back at kicking those fresh lines over Logic Marselis production for a laid back vibe, Can’t Complain.  You got to keep pushing through what may seem like a difficult time because it ain’t really that  bad.

Can’t Complain is coming off of the duo’s forthcoming album, The Protocol.  The bad news for you is that it isn’t slated

illMEASURED is a producer out of the DMV area that I have been checking for since DAY ONE.   Ever since I heard some of his production off of the Rome Cee album, The Grey Area, I new that this guy was hidden talent that just needed more exposure to his craft.  The man can create productions that range from jazzy and laid back to those boom-bap bangers we all  know and crave.  He is as exceptional as he is diverse.  So every Friday throughout the month of September we are going to be looking at new and old and projects from this producer to showcase his talents.

For this week’s installment, I present to you a recent cut illMEASURED produced for another HHD mainstay, UllNevaNo.   The cut is called Thought You Knew.  This song is a great demonstration of how illMEASURED intermingles so many different sounds to create the perfect track.  The horns, the vocal sample, and the scratching is a definitive hip hop moment.  It’s easy to hear why he is being featured here in just under four and a half minutes.  It certainly doesn’t hurt that UllNevaNo more than owns up to his end of the bargain by dropping bar after bar of heat. 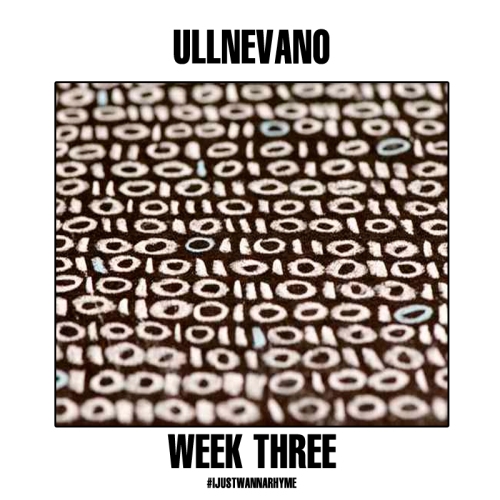 I know what you are thinking:  Week 3?  What happened to weeks one and two?  My email ate them, that’s what happened, but UllNevaNo kindly reshot this over to me and I thoroughly enjoyed it. He’s really able to showcase his skills over this instrumental and I think you will agree that it gets top billing. Maybe if I can find the first two weeks I will add them to the post…

Album: I’m Thru With Love

I am an anti-Valentine’s day guy.  I know, what a downer.  But I don’t need to use one day in particular to treat my lady right, you heard?  Well, with that being said, B’more artist, UllNevaNo, shot this EP over to me on Valentine’s Day and it just sat in my hard drive for a while.  I’m just not fond of the Valentine’s Day musical motif.  I finally got around to listening to it, and  it wasn’t the typical fluff that you usually get in the inbox on February 14th.   I should have trusted that UllNevaNo wasn’t going to send us some of the same ol’, same ol’.  So because I am a jaded asshole, you all are hearing about this dope release weeks late…sorry.

END_OF_DOCUMENT_TOKEN_TO_BE_REPLACED

The first notable release of 2012 belongs to Baltimore’s own, UllNevaNo.  He releases The Color Brown Part II mixtape where he flows over Apollo Brown instrumentals.  Ordinarily I wouldn’t mention a project where it’s an emcee flowing over another artist’s instrumentals but the quality of the project is incredible.  Also, Apollo Brown hasn’t gotten the credit he deserves as a dope producer and these beats really continue to showcase his talents, as UllNevaNo puts his own lyrical twist to them.

UllNevaNo sounds so comfortable and dope  over this collection of beats.  It’s hard to pick favorites but I really like Who You Know, Importance, and Just Listen.  Just Listen features one of my favorite Apollo Brown beats.  It’s just so beautiful, soulful, and boom bap all at the same time.

There are two things that I hope happen with this project.  1) I hope you download this project immediately, and get familiar with both Apollo Brown and UllNevaNo.  2)  I hope Apollo Brown hears this and he decides they need to do an original project together.   It just sounds like it needs to be done.