I just happened to be wandering by Original Text’s Twitter page and picked up on this video that was released four months ago. Original Text is comprised of Ari Why and Tito Fuerte and let me tell you, the music they put out is incredibly ill. The production from Ari Why is sophisticated, intoxicating, and knocks incredibly hard. Tito Fuerte, flips a stream of dope lines together with varying cadences that meld with the music.

The EP, Double Scale, was said to only be available on cassette, but my sources say the digital is dropping next Friday. There are also a couple other songs from the project we will be sharing in the coming days.

Ok. I am not going to pretend that I understand every facet of the plot that is going on in this video but I will telly ou what I do know beyond a shadow of a doubt…Original Text is dope and makes great music.   I just got hip to them in 2012 and hope to hear more from them in 2013.  You can DL there EP, The Out Number for free HERE.

Album: The Out Number

This is one of those instances that I really don’t have a lot of time set aside for a full review of an album, but I was compelled to at least write something.   This EP is really good as is the duo known as Original Text.

Original Text is comprised of Ari Why as the producer and Tito Fuerte as the emcee.  Both were already accomplished in various other projects/groups but decided to combine their talents for this project.

The first thing you will notice when you go through the album is the fact that Ari Why has a lot of sounds in his arsenal.  So many great musical flavors are comprised in this small package.  He brings you boom bap, classical, Middle Eastern, and Spanish flavors giving the EP a very eclectic feel.

Tito Fuerte is an extremely strong emcee addressing a variety of different topics in his flows. Fuerte touches on politics and sociology among other items in his rhymes.  He also can bring his flow from English to Spanish and back again effortlessly.  A truly talented artist who is impactful in his lines. 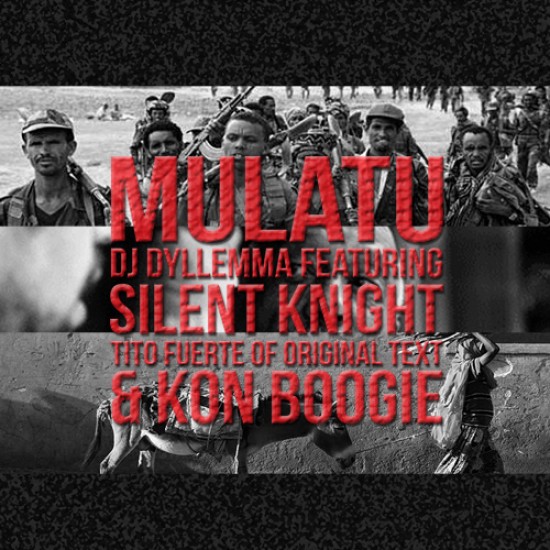