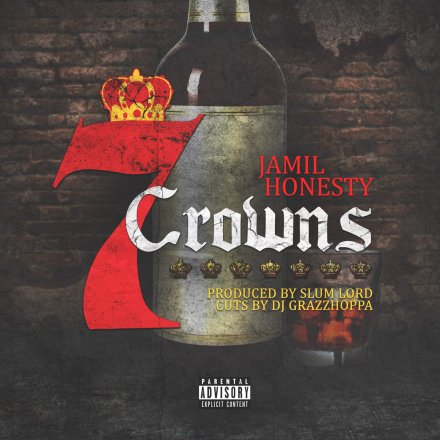 Jamil Honesty has a new single featuring Slumlord called 7 Crowns.  And the song is laden in laid back aggressiveness.   The production seems very unassuming, but then hits you with some nice subtleties as in a well placed vocal sample and a scratched in Nas hook.  Honesty constantly flexes his way with words which gives this song that razor’s edge.

Also, if you have not checked his album out from late last year, Martyr Musik, that’s a MUST listen as well!

New single from Jay Royale rocking over a beat from Slumlord and with scratches from DJ Grazzhoppa.  You also have the shooter Supreme Cerebral dropping a sure shot sixteen bars.   The track has a very movie score vibe to it with the strings and sound effects and the emcees treat the track like they are a tag team ready to run down the competition.  Really dope track!