Oh shit! It’s been a few years but now we finally get a Fraternity project. The team looks like it has changed up a little bit with the emcees on the Dark Arts Of The Iron Age. But the illness is the same! The production throughout the project is dark yet knocks pretty hard. The lyricism is extremely well crafted by each emcee yet they each maintain a unique style.

This track has a Game Of Thrones appeal to it as do some of the others. Straight illness! Check the full album and pay what you want! I dropped some cheddar on it. 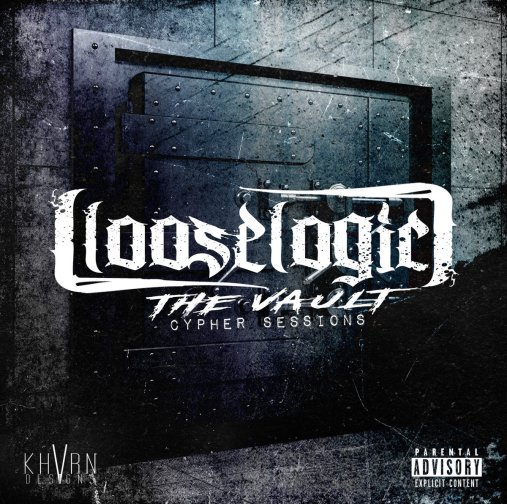 I am not sure what’s going on with The Fraternity at the moment but Loose Logic fired this off on his Bandcamp page and it’s loaded with that Fraternity business.  Every cut is a posse cut filled with nothing but bars.  There are too many artists to list and link on here so forgive me.  There are no hooks…just ill lyricism.  You have a diversity of styles from the crew that range from the gritty to the crisp.   I really enjoyed every cut.  As each joint is a posse cut, some of them are pretty long, heading past the seven minute mark, but it’s also something you rarely notice as the lyricism is so good.

Check it out.  It’s free, however, I would suggest dropping a few duckets to contribute to the cause!  Below are my two favorite joints.

More dope from Sleep’s latest project, The H.W. Bush/ Clinton Era (which we reviewed late last year). Government Assistance is al about the failures of the one’s that are entrusted to do the good of the people. It’s social conscious consciousness rolled into a dope package that is produced by Wonder Breed.

Sleep from 2 Man Cypher dropped a new album last month, entitled The H.W. Bush/Clinton Era. And from my previous experience anything this man puts his hands on from an artistic standpoint is as good as gold. When I finished listening to this album, and thinking about his previous work, I couldn’t help but place this man in the ‘visionary’ category. There are traditional elements in his music, but there’s also something that’s unorthodox. He pushes the limits with his technique and bars. The rhyme patterns are certainly not elementary. His style is more thoughtful, intricate. and diverse.

END_OF_DOCUMENT_TOKEN_TO_BE_REPLACED

This news should excite anyone who has been following our blog over the last couple of years:  The Fraternity will have a collaborative project dropping at some point this year.  This track is a posse cut that features, Sleep,  Scriptz, Jus Ra, Loose Logic, Frank Knight, Xavier Medina, and produced by The Gonz.

The Fraternity features so many unique styles that just blends so well together over this banger.   I don’t think we will find any different when the entire project drops.  So nod your ahead in a appreciation for this track at the moment and I will let you know when we can expect to see the entire project.

New banger from The Fraternity camp entitled 3 Corners.   The Dope Antelope brings that boom-bap front and center while Sleep, Kue, and Chris warn that ‘you either with us or against us’.  Rest assured brethren, The Dependency is with you. Pay close attention to Chris’ wordplay, he has some really nice gems woven in there.

The Fraternity stays the course and could do no wrong in 2014 and this track, I Shot Lincoln, proves that fact.   Sleep and Kue The Vandal go off on Dope Antelope’s sinister production.  Antelope is hands down my producer of the year if this pace continues.  I can’t hide that fact.  No one puts darkness to music like Antelope.  And if you like lines, these emcees have got lines….

Most wanted like Hitler in a room full of Zionists…. (Kue The Vandal)

On my hiatus I missed this joint from Sleep of 2ManCypher and it HAS TO be mentioned.  This joint is hot!  Dope Antelope can’t be beat in the production game right now.  I don’t know if anyone is producing bangers like this guy.  (Now if I could just get him to do this feature with me…another story).  Sleep is no stranger to Antelope’s production and he wrecks hell all over this joint.  Just some real hard bodied hip hop shit for your speakers. Recognize! 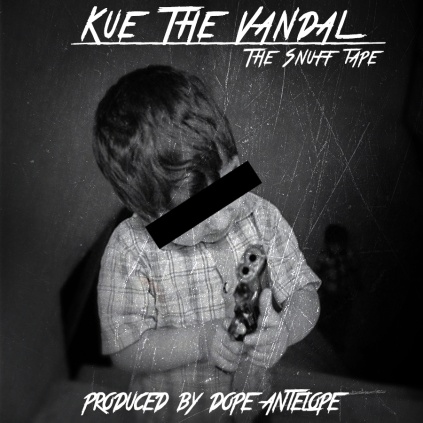 Kue The Vandal released his latest EP, The Snuff Tape, a couple of weeks ago and I have given it multiple listens not only for the purposes of this review, but also for my own personal enjoyment.   Kue The Vandal has that grimy delivery and he brings a certain tone of despair and depravity that is on display for all to see on this release.   But there’s also this sense that Kue, when his back is against the wall, is not going to just disappear quietly into the sunset.  He is more likely to come out with his guns blazing.

END_OF_DOCUMENT_TOKEN_TO_BE_REPLACED

New video from Sleep’s new EP, Branded: The Damon Winton Story.    The music and the message take you to an extremely dark place.  It’s like God throwing you in the unlit basement and locking the only way out.  It’s that kind of dark.   But it’s extremely powerful and necessary, because these are the elements and emotions that are facing our children on a daily basis.  Sleep makes you feel what this young man was dealing with, which is the point…